What's better than a historical restoration project? One we worked on. Check out how Ronco was involved in restoring the beautiful Gowanda Hollywood Theater. 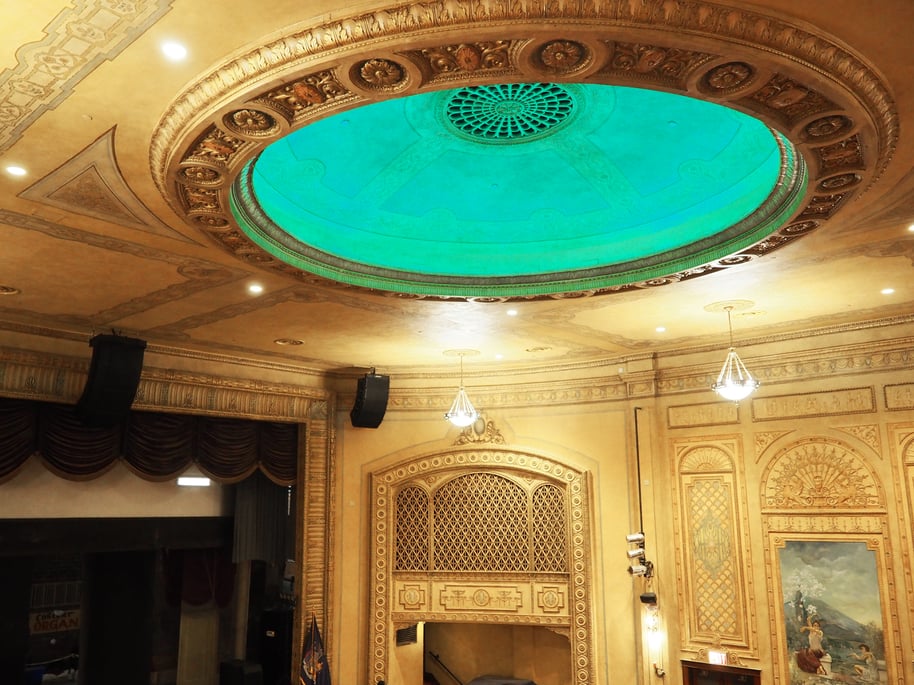 The Hollywood Theatre is a historic gem nestled in Cattaraugus County, in the small Town of Gowanda, NY.  The theater was privately commissioned in 1924 by one of the richest men of the time, Mr. Richard Wilhem – a German immigrant and the sole owner of a highly successful industrial-purpose glue company. As a gift to his community and out of his adoration for the arts, he enlisted the services of the famous architect and designer, Leon H. Lempert, to assist with building a new theater on the site where the old opera house had just recently burned down. Sparing no expense, the Hollywood Theater opened and hosted its first performance in 1926. After Wilhelm’s death in 1940, his estate continued to fund the theater and its operations until the 1970’s.

For the next twenty-two years, the theater changed hands several times and eventually closed its doors in 1992. After being left abandoned for the next seven years, Dan Gernatt, Jr., a leading Gowanda businessman, decided that something had to be done. He purchased the theater and donated it to a non-profit group, the Gowanda Area Redevelopment Corp (GARC). This group was able to obtain funding to repair the roof of the building but were sadly unable to do more.

Wendel, a nationally recognized architecture, engineering, energy and construction management professional services firm, was brought onto the project in the early stages of reconstruction. It was their efforts that rebuilt the theater’s interior – making sure the raceways and plaster were in alignment with the requirements for a new audio system. When the time came to bring in a technology vendor, Ronco was introduced to the reconstruction team by one of Wendel’s consultants, Peter T. vom Scheidt. Brought in to evaluate the site and recommend options for a new system, Ronco demonstrated a Bose Professional solution – recognizing that the quality of sound that came with a Bose system was a great fit for a renovation of this magnitude. The restoration team agreed and Ronco was brought into the project in 2015.

After testing and configuring all the equipment at Ronco’s sound shop, the system was installed in the historic building. Two stereo ShowMatch arrays were hung from each side of the stage to accommodate any type of show that could visit the theater. A RoomMatch center array was installed for warm acoustics when needed. The system boasts plenty of low frequency provided by two dual 18” RoomMatch subwoofers. Various other Bose speakers are mounted throughout the theater to feed overflow areas and provide a full 7.2 surround system. Nine PM8500n amps in various configurations power the speakers. A Soundcraft digital desk feeds a Bose DSP used for all building routing, speaker processing, and various sound configurations. A Soundcraft 32ch stage box and Atterotech wall plates supply plenty of I/O for mics and stage monitors. A full Dante backbone throughout the theater gives the staff a fully configured digital system that is flexible for the present and future.

After finalizing the system’s installation, Dean led a series of training sessions to instruct the theater’s staff on how to use the equipment and execute a live event. Ronco will continue to work with the theater as they begin to use their new system.

Today, minor renovations continue with hopes to host a full schedule of entertainment in the coming 2021 year. We are honored to have had the opportunity to be chosen for this restoration project. We look forward to supporting the Gowanda Hollywood Theater for years to come.

If you're interested in learning more about Gowanda Hollywood Theater, visit their website here. If you'd like to contribute towards the restoration of this beautiful site, donations can be made here.